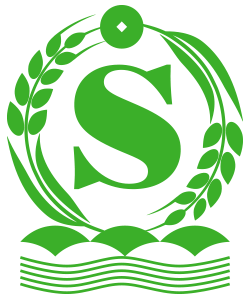 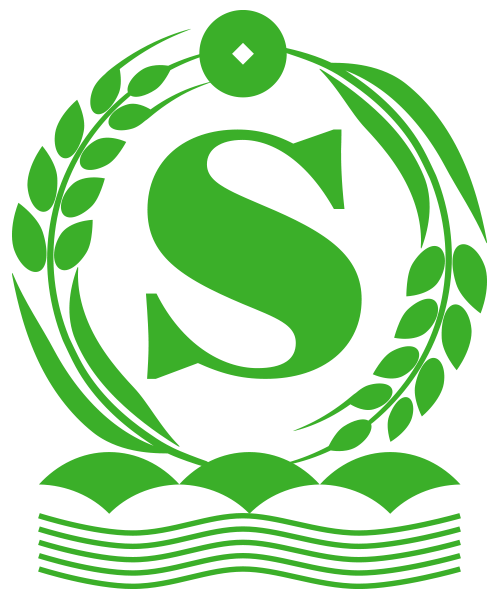 The Home of Football 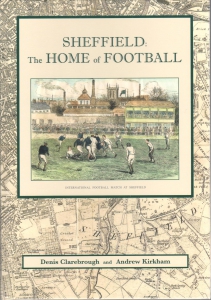 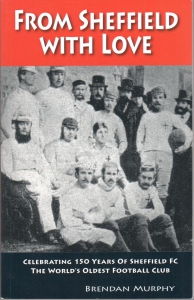 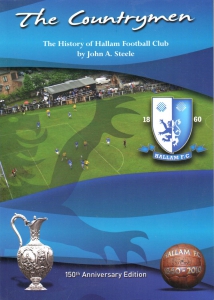 Football, or soccer, is the most popular spectator sport in the world and the 2014 World Cup tournament had a total of 3.2billion in-home viewers (approximately 40% of the global population) with more than 1billion watching the final between Argentina and Germany . The spiritual home of football is Sheffield which has the two oldest football clubs in the world – Sheffield F.C. and Hallam F.C.  This unique heritage includes:

For many people there is a natural response to kick a small stone or tin can when they are encountered along a pathway, and this instinct is evident in the numerous early games of football found in many countries across the globe. The Ancient Greeks were known to play a game called episkyros which was described by Antiphanes (388-311 BC) and the Romans also played a ball game called harpastum.

In China, Zhan Guo Ce compiled a military manual between the 3rd and 1st centuries BC, in which cuju (literally ‘kick ball’) involved kicking a ball through a hole in a silk cloth attached to bamboo canes. Around 600 AD in Japan, kemari was played at the Imperial Court where people stood in a circle and kicked the ball to one another trying to keep it off the ground—it was an early form of ‘keepie-uppie’.

In 1586 seamen commanded by John Davis played the Inuit in Greenland and in 1610 William Strachey from Jamestown, Virginia, described a game called Pahsaheman which was played by Native Americans. Down under in Australia there is an account from 1878 of indigenous people also playing with a ball.

During the Middle Ages, Shrovetide games of football were common across Western Europe and around 1174-1183 William FitzStephen wrote about games in London, “After lunch all the youth of the city go out into the fields to take part in a ball game. The students of each school have their own ball; the workers from each city craft are also carrying their balls. Older citizens, fathers, and wealthy citizens come on horseback to watch their juniors competing, and to relive their own youth.”

These Shrovetide games can still be experienced at Ashbourne in Derbyshire, with two sides—the Up’Ards and the Down’Ards (upwards and downwards) numbering hundreds on each side. The game lasts from 2.00pm until 10.00pm with each team attempting to carry, throw or kick the ball to their own goal. The goals are stone pillars which lie some three miles apart. Other games of mob football can be found elsewhere in Britain including the Ba’ Game at Kirkwall in the Orkneys and there is even a 14th century carving of football players in Gloucester Cathedral. (See image) 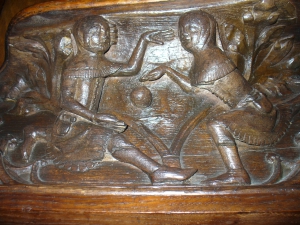 THE PERAMBULATIONS OF BARNEY THE IRISHMAN

In Sheffield, an account of a mob football game at Bents Green was described by Bernard Bird in 1793: “There were selected six young men of Norton, dressed in green; and six young men of Sheffield, dressed in red. The play continued for three consecutive days. At the arch which was erected at each end of the place selected, there was a hole in the goal, and those of the Sheffield side would prevent the ball from passing through the hole. Then those on the Norton side (not being so numerous as those of Sheffield) sent messengers to the Peak and other places in the county of Derby; in consequence thereof, a great number of men appeared on the ground from Derbyshire.

Then those from Sheffield sent fife and drum through the streets of the town, to collect recruits and sufficient force against Derbyshire men. The fashion then was for all responsible gentlemen, tradesmen and artisans of Sheffield to wear long tails. Hence, at the conclusion of the third day, a general row or struggle took place between the contending parties, insomuch that the men of Derbyshire cut and pulled nearly all the tails from the heads of the gentlemen of Sheffield.

I understand there were many slightly wounded, but none were killed; thus ended the celebrated football match which aroused the bad passions of humanity for many years afterwards, insomuch so that the inhabitants of Norton felt a dread in coming to Sheffield, even about their necessary business.” 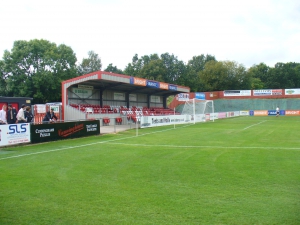 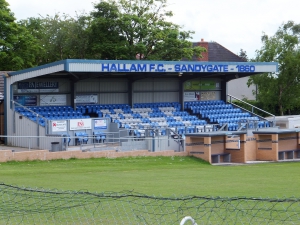 In those early days there was little distinction between what we now know as football and rugby. When teams played each other they would normally play by the home side’s rules or sometimes play one half to one set of rules and the second half by the other set of rules. In 1872, during a game between London and Sheffield the half-time break was extended to allow the height of the crossbar to be adjusted because Sheffield played with a bar at nine feet high and London with one at eight feet high. It was originally Sheffield which proposed the use of an eight-foot crossbar.

As a result of the confusion and disputes which arose because of the different sets of rules, a meeting of several football clubs was called in 1863 at the Freemason’s Tavern, London with the intention of unifying the rules among its members. This inaugural meeting of the Football Association was followed by others to which public schools were invited and there were also contributions from Sheffield FC. Most importantly, Sheffield proposed to the FA that the ball should not be carried by hand and there should be no hacking (kicking an opponent below the knee). Reaching agreement was not easy and eventually Blackheath lost their argument supporting hacking and running with the ball. As a consequence, Blackheath withdrew and this junction marks the divergence of rugby and football.

Sheffield FC made many other contributions which shaped the origins of the beautiful game and which continue to this day. In addition, they suggested the use of free kicks for rule infringements; a throw in by the opposite team to the one which kicked it out; eleven-a-side; 90-minute games; changing ends at half-time and the introduction of the crossbar. Furthermore, Sheffield FC were involved with the first inter-city game against Nottingham in 1862. Sheffield Club was also quite emancipated for its time. A female was admitted as a member in 1859, the first in the history of football, and nine of the 252 members were women by 1864.

Brendan Murphy’s book From Sheffield With Love describes the history of Sheffield Football Club and proposes a connection with Melbourne, Australia and the origins of Australian Rules football. A possible relative of Nathaniel Creswick, one Henry Creswick and his brother, emigrated from Sheffield to Australia and the gold rush town of Creswick was named after him. He settled in east Melbourne in a house called The Hawthorns and the area later became known as Hawthorn. It is possible that Hawthorne FC, an Australian Rules team, was named after the house owned by Creswick.

A more significant connection may also be present. Sheffield FC formalised its rules in 1858 and in 1859 Melbourne FC were formed and shortly afterwards the first set of rules were formulated for what was to become Australian Rules Football. Significantly, the Sheffield Rules and the Melbourne Rules both allowed pushing and outlawed hacking but more remarkably they were the only two codes which did not include an offside rule. 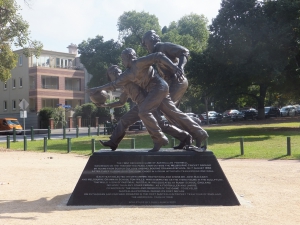 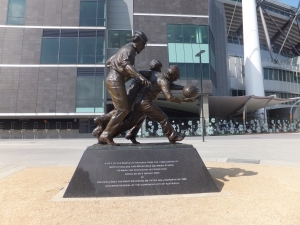 Louis Laumen’s statue above is situated outside the Melbourne Cricket Club and celebrates the first recorded game of Australian Football by teams from Scotch College and Melbourne Grammar School on 7th August 1858. After three days of playing the game ended in a draw with team scoring one goal.

In 1885 professional football was allowed, however Sheffield F.C. remained amateur and could not compete to the same degree as richer professional clubs. Sheffield proposed to the FA that a cup be created especially for amateur teams and in 1903-04 won the FA Amateur Cup. They also reached the final of the FA Vase in 1976-77.

In 2004, FIFA awarded Sheffield FC the Centennial Order of Merit for its contributions to football, an honour only shared with Real Madrid. The Club celebrated their 150 anniversary in 2007 and celebrations included a match at Bramall Lane against Inter Milan with Brazilian legend Pele being guest of honour. After many years playing at different venues the Club now have their own ground at the Coach and Horses. The Club continue to represent the Victorian values of integrity, respect and community with projects, such as Boots for Africa, and look forward to contributing further to the wellbeing of the game.

There are a huge range of footballing facilities in the city and these are massively enhanced by the development of St George’s Park Sheffield Graves at Norton, Thorncliffe at Chapeltown and Westfield. The Sheffield centres are the first in the country and the FA and DCMS will replicate this model throughout the country. You can’t fail to be inspired by the facilities at St George’s Park Sheffield Graves – take a look. 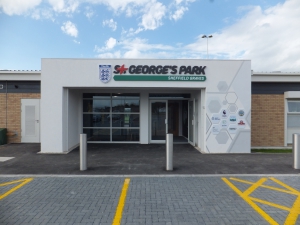 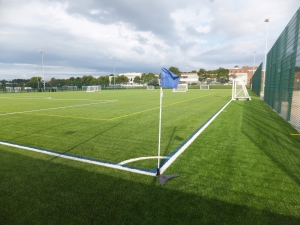 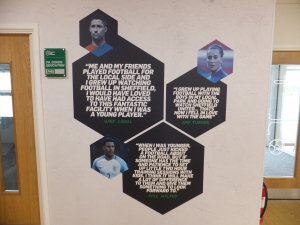 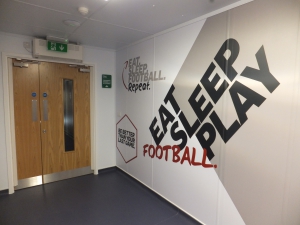 A cafe with a timeline of some of Sheffield’s contributions to the beautiful game as well as smart changing rooms with coaching boards. 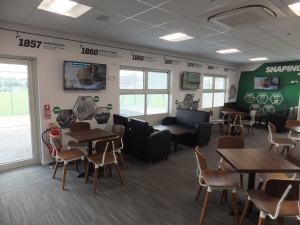 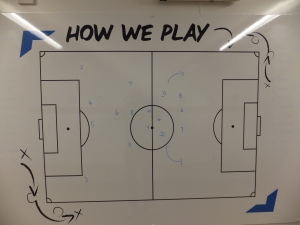 And, there is a great training / education centre with a wall which folds back and extends into the cafe area. 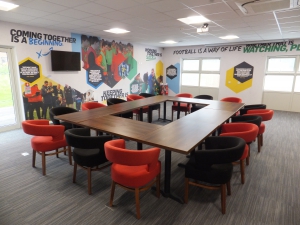 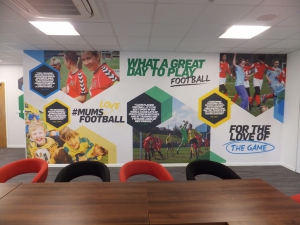